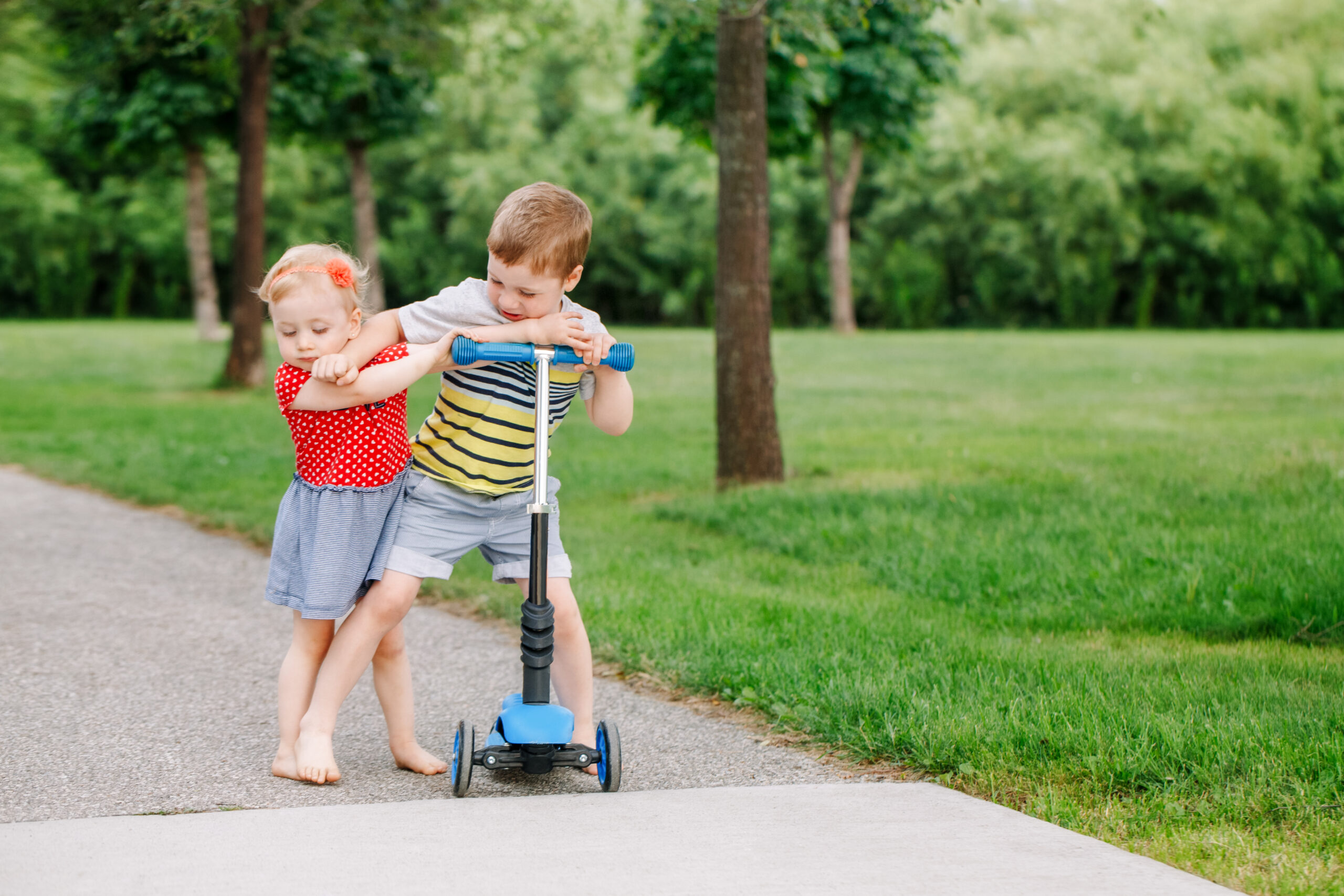 Why Children Hit and How to Stop It

You and your child are enjoying a play date with other parents and children. Suddenly, the fun is interrupted when your child hits another toddler. You feel embarrassed, frustrated, and overwhelmed. When will this childish, yet harmful, behavior finally come to an end?

If this scenario sounds familiar, you’re not alone. Most parents have to deal with episodes of hitting at some stage in their child’s early years, and toddlers are usually the biggest culprits of this behavior.

For many people their gut reaction is to get angry or place their child in time out. However, these options may only be making things worse. Rather than giving in to this instinct, be sure to have a plan in place for the next time your child hits someone.

Understand Why Your Child is Acting Out

At first, it may be difficult to understand why your child is acting out physically. Though if you stop and think about it, you may realize your child engages in this behavior when they’re feeling overwhelmed.

For many children, whether they’re angry, tired, frustrated, hungry, or excited, the only way they can really express themselves is through their body. Many of these feelings and emotions are complex, and your child may not yet have the ability to verbalize how they feel.

With that in mind, it’s also time to acknowledge that meltdowns are not the end of the world. As parents, the last thing we want is for our child to cry and scream in public. However, meltdowns are how children release the energy that gets pent up when they’re overwhelmed by their feelings.

Learning how to react to meltdowns without trying to squash your child’s emotions will go a long way in helping you correct bad behaviors, such as hitting.

The next time your child acts out by hitting someone, take a step back and place yourself in their shoes. Ask yourself some questions:

It’s likely your child has a reason to be upset, and addressing these reasons is the first step you need to take.

Make an effort to put your negative reaction to their hitting on pause and empathize with how your child is feeling. “You were having fun playing with that toy when it was taken away. I understand you’re upset,” you could say. Instead of immediately turning to punishment, try giving them a hug and holding them for a few moments to calm them down.

Also remember that the meltdown that often comes with a hitting episode isn’t actually bad. It’s hard to hold onto this in the moment, but children often hit because they don’t have the verbal skills to explain their feelings. By crying, they are letting those emotions out. This will help to alleviate the need to hit when they return to play.

When your child is so upset they can barely talk, it’s not the right time for a teachable moment. Your focus should be on bringing their emotions down to a more manageable level. They won’t be able to process any lessons until they’ve calmed down and are actually capable of listening.

Transition to a “Time In”

Traditionally, we think of “time out” as punishment for bad behavior. Yet placing a child in a corner alone does not teach them to process their emotions or learn any specific lessons. That’s why it’s best to transition to using a “time in.”

Once you’ve helped your child calm down, step away from the situation together. Sit together and talk about what happened and how your child was feeling. Were they feeling angry, hungry, tired, frustrated? Helping them to identify these feelings will help during future outbursts.

You can also talk through what happened and why it wasn’t acceptable. “I know it was hard when someone took your toy,” you can reiterate. Then, shift to explaining the appropriate behavior: “I understand you felt upset. But we don’t hit other people for any reason.”

Utilizing this “time in” strategy does not condone or reward bad behavior. Instead, it corrects it. Withholding your love should never be a form of punishment in your toolbox. No matter how your child is behaving, they need and deserve your compassion and reassurance even while you set rules and boundaries for their behavior.

Understanding how to handle our emotions doesn’t come naturally. It’s up to parents and the other adults in a child’s life to equip them with resources they can use to calm themselves down.

Show your child they can express and redirect their overwhelming emotions without resorting to hitting, and help them practice these new techniques after every outburst.

Some examples you can try are:

While these steps are effective at reducing hitting outbursts, they take time and patience to implement. Hang in there! As your child matures and learns to express themselves verbally, they will be less likely to act out physically and better able to control their emotions.