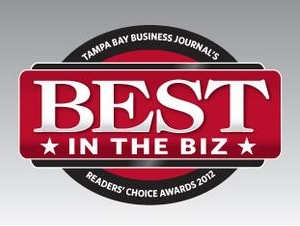 We have been honored to receive several wonderful awards. In addition to being voted the Neighboor Hood News 2012 Best Daycare Center in Wesley Chapel , we were also recognized by Discovery Point franchising as a 2012 Center of Excellence. Additionally, we were ranked in the Tampa Bay Business Journal’s “Best in the Biz” readers poll in the fall of 2012. In 2013 we were a Center of Merit as awarded by Discovery Point Franchising. Perhaps our finest accomplishment was being named the President Award winner as the top Discovery Point in the nation, in just our first full year of operation. We are both humbled and proud to receive such high praise.