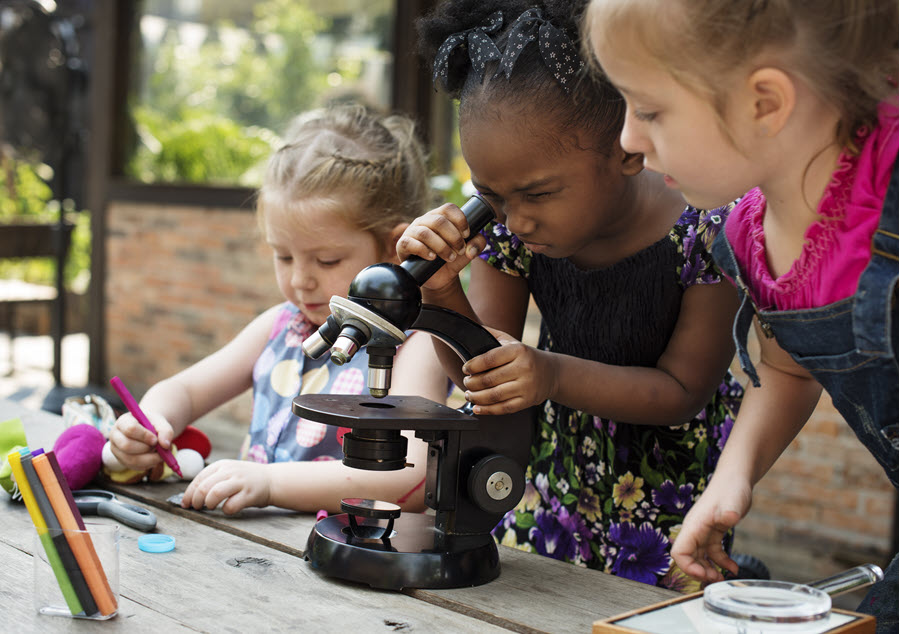 Celebrating International Day of Women and Girls in Science

Did you know that February 11th is the International Day of Women and Girls and Science? In 2015, the United Nations General Assembly declared this day with the purpose of promoting women’s and girls’ access to and participation in science and related studies such as math and engineering.

Taking the time to empower women and girls to explore their interests and expand their horizons can give children the confidence to know they can achieve great feats of their own.

Understanding the Importance of February 11

Even in developed countries, there has long been and continues to be a significant gender gap in subjects such as science, technology, engineering, and mathematics, which are commonly referred to as STEM disciplines.

While women have made incredible progress in achieving levels of higher education, they still face underrepresentation in these fields. For example, the UN has reported that women represent only 12% of members of national science academies, despite making up 33.3% of all researchers. Furthermore, only one in five professionals in innovative fields, such as artificial intelligence, is a woman.

The problem with underrepresentation is that without visible role models, girls often aren’t able to visualize themselves succeeding in these fields. By declaring February 11 a special day, specifically dedicated to raising awareness about women and girls in science, the UN is striving to help ensure girls are encouraged and empowered to take on new challenges.

Highlighting Role Models in Science and Their Exemplary Achievements

Despite the fact that women are underrepresented in STEM fields, those who do work in those fields have made incredible achievements. To celebrate International Day of Women and Girls and Science, consider sitting down with your children to explore the personal stories and professional accomplishments of these women. Their ambition and the efforts they took to overcome barriers can inspire young learners to take advantage of the opportunities they have to make a lasting impact on the world of science.

This trailblazer faced incredible adversity to pursue her dreams of becoming a scientist. The result? She discovered that bacteria could be utilized to produce human insulin, changing the lives of people across the world.

It is thanks in part to Katherine Johnson’s mathematical expertise that Neil Armstrong and Buzz Aldrin landed safely on the moon. By calculating the trajectories of these astronauts, as well as that of Alan Shepard, the first American in space, Katherine Johnson sealed her status as a legendary figure in science.

Without the innovative thinking of Dr. West, your smartphone wouldn’t be nearly as useful. Dr. West invented the Global Positioning System (GPS), which is now used daily by countless people the world over.

Rosalind Franklin’s work was crucial to the identification of the double helix structure of DNA, one of the most important scientific achievements of the past century. However, her work on this project went unacknowledged for many years, and while her male colleagues received a Nobel Prize for the discovery, she did not. Four decades later, the Royal Society developed the Rosalind Franklin Award to highlight the achievements of women in STEM subjects.

Celebrating Women in Science Every Day

February 11th offers a great starting point for celebrating women in science and encouraging girls to explore STEM subjects. However, raising awareness is about making something a part of our daily lives, not just one day a year. Telling the stories of important role models in scientific fields can be the beginning of a very important journey for your children.

There are plenty of ways you can bring these stories to life, from putting up posters with quotes from the scientists to reading books about their accomplishments to engaging in fun science experiments. Ensuring your children have someone to look up to as they begin to explore the world around them can make all the difference as they set out to become trailblazers themselves.