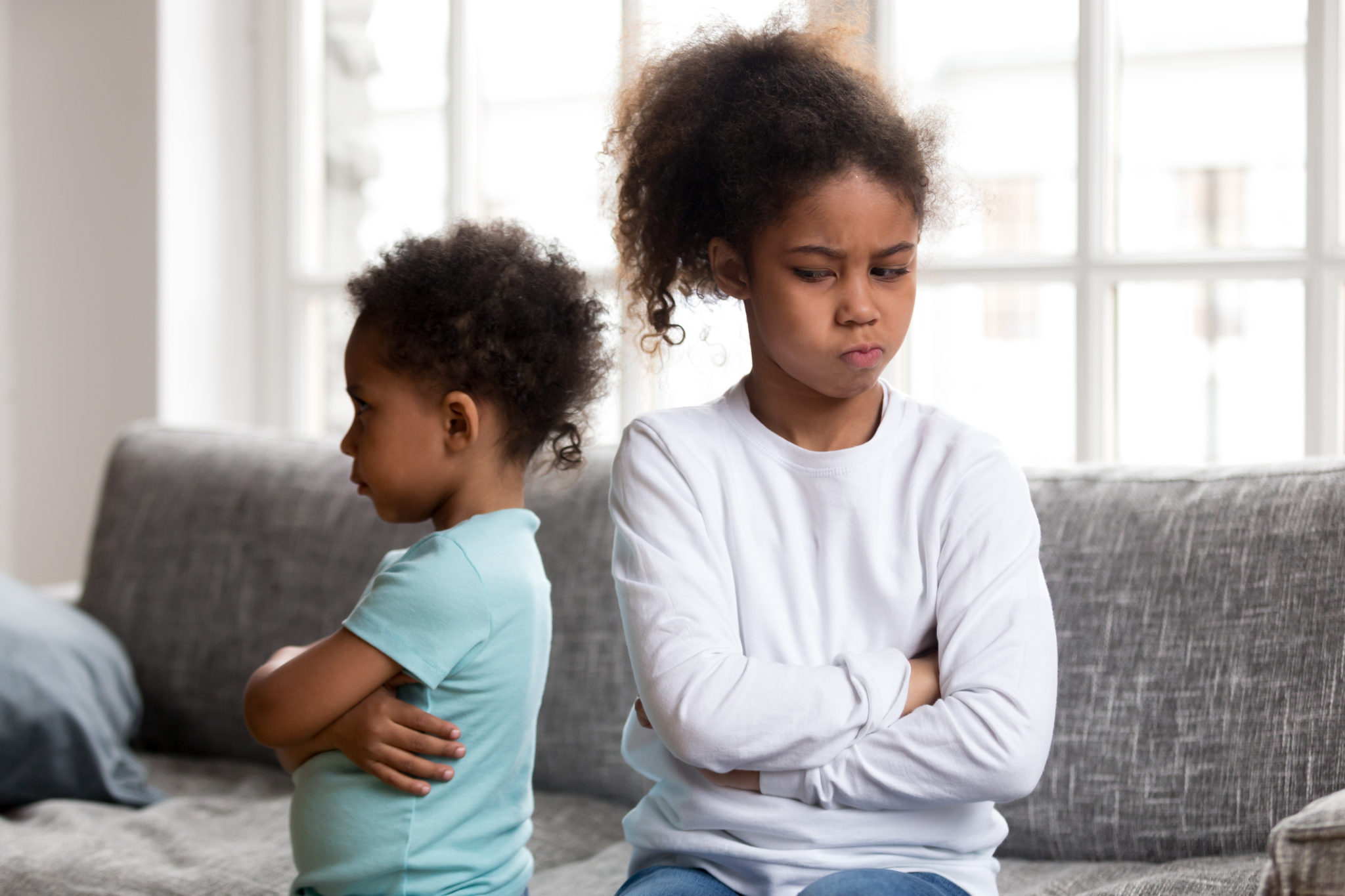 Let’s face it, sibling rivalry is an almost unavoidable part of family dynamics. However, constant bickering is not inevitable. The approach you take to parenting also factors into how your children interact with one another.

If you’re fed up with fights and worried there’s no end in sight, try our tips below for coping with sibling rivalry.

While you’ve had years and years of practice resolving relational conflicts, your children are still new to this. Although you may have taught them the importance of being patient, kind, and expressing their emotions in a calm manner, they likely haven’t had the chance to internalize these skills by consistently putting them to use.

As part of the teaching process, remind them it’s normal to feel anger but it’s not okay to express this feeling in a harmful way. Reinforce techniques to calmly deal with anger such as taking deep breaths, counting to 10 before acting, and walking away from the scene if needed. In addition, go over valuable negotiation tactics including taking turns (and patiently waiting for their turn), dividing things up when possible, and trading.

Finally, it’s important to let them have the chance to practice these skills. This means not jumping in to mediate as soon as a conflict erupts. Instead, allow your children to at least attempt to work things out on their own.

If and when they do come to you to resolve an issue, give them options rather than dictating solutions: “I understand both of you want to play with the doll at the same time, but there are two of you and only one doll. How can we solve this problem?” They’re more likely to share willingly if they see this route as an option they’ve chosen on their own rather than an order to be obeyed.

As a child, you may have been called the “artsy” one of the family while your brother or sister was labeled “booksmart.” Perhaps your parents encouraged you to be more like your sibling and work harder on math and science at school. Did this prompt you to dive into your homework and become an A+ student? Probably not.

Parents label and compare their children all the time. Sometimes, it’s what you do when you’re trying to figure out your child’s personality – their strengths, weaknesses, likes, and dislikes. Other times, it may be a way to cope with a child’s behavior: “Sarah’s ready to go on time every morning, but Megan always makes us late.”

If this sounds familiar, it may be time to rethink how you approach your children’s differences. Labels and comparisons too easily lend themselves to sibling rivalries that can last a lifetime. Saying “Your sister eats all of her vegetables. Why can’t you?” may only breed resentment and stubbornness, rather than changing your child’s behavior. Next time you find yourself taking this route, try focusing on the problem rather than mentioning others as an impetus for behavioral change.

Children crave individual attention from their parents, and many hesitate to open up about their thoughts and feelings when other children are around. By setting aside time to spend alone with each of your children, you can help boost their self-esteem and reinforce how important they are to you as individuals. When conflicts begin to arise, they’ll be less likely to see these matters as a problem of sibling favoritism if they’ve had ample opportunity to build a personal relationship with you.

It’s tempting to try to use one of your children as an example to the others by doling out punishments for all to see. However, doing so can backfire by making the punished child feel extra defensive and giving their siblings reason to tease, gloat, and make the problem worse. Whenever possible, give constructive criticism and punishments in private to ensure your child can focus on what they’ve done wrong, not on what others are saying and thinking about them.

Have you fallen into parenting habits that are unwittingly making sibling rivalries worse?  It’s ok, you are not alone. All parents find themselves doing these things at some point or another. Fortunately, it’s never too late to change tack. Not only will you gain a reprieve from constant skirmishes, but you’ll also set your children up for healthier, more constructive relationships later in life.